We want to share a couple of experiences from Russell Targ to give an indication of whether there is any essence of life after death.

Can you imagine a chess game between a living grandmaster and one who had died fifty years before? Who do you think would win? Well, it was a very close game. Twenty years ago, a famous chess game was apparently played between living and  deceased chess grandmasters. A German  psychologist and  a Swiss investor were involved in this remarkable example of survival. Dr.Wolfgang Eisenbeiss and  Dieter Hassler published this grandmaster game from the beyond in the British Journal  of the Society for Psychical Research in April, 2006.13  The German  trance  medium  Robert Rollans, who worked  with the  researchers, was asked to find psychically a deceased grandmaster who was willing and able to play a chess game with the living grandmaster Victor Korchnoi. Rollans was able to find the Hungarian  grandmaster Geza Maroczy, who had died in 1950. The match was played for seven years and eight months, ending February 1993, shortly before the death of Rollans at the age of seventy-nine.

Shortly after the publication of the journal, I sent the reported final chess score to my brother-in-law—World Chess Champion Bobby Fischer—who was then living in Iceland, having been rescued from a Japanese jail by the kindness of the Icelandic government and the Icelandic Chess Federation. Bobby (since deceased) wrote to me saying, “I looked at the score, and anyone who can go fifty moves with Victor Korchnoi is playing at a grandmaster level.” This case is of great interest to survival researchers because it shows that, in addition  to personality and information, a medium can manifest a skill at the highest level of the deceased communicator.  Grandmaster  Maroczy provided, through  the medium,  all sorts of personal, intimate,  and  humorous information about his life and his interactions with the grandmasters of his day, who included the Cuban José Raúl Capablanca and the Russian Alexander Alekhine (both world champions). Korchnoi said that Maroczy played the same kind of intensely complicated middle game that he was famous for in the 1920s. In his prime, Maroczy had been the second strongest player in the world, just as Victor Korchnoi was. It was a hard-fought match. But, in the end, the living player won.

Dr.  Vernon  Neppe, who is a physician, survival researcher,  and chess champion,  wrote  a  careful analysis of this  case: “A Detailed Analysis of an Important  Chess Match: Revisiting the “Maroczy–Ko- rchnoi  Game.”14  Dr. Neppe’s detailed investigation shows that  there were no sufficiently strong  chess computers  in 1986 possibly avail- able to stand  in for Maroczy when the game started. Neppe points out that, of the thirty-one  “esoteric” questions posed to Maroczy by the researchers, all thirty-one  were answered correctly! However, in the opening moves of the game (move ten), Maroczy played a king move—which though strong and popular in his heyday has been re- futed since his death. Outside of that  one weak move, he made no significant errors. In the middle game, Korchnoi said that he was still uncertain of a win. This game is thought by Dr. Neppe and me to re- fute the super-psi hypothesis, that is, the idea of universal knowledge that I described earlier.

And – here is another interesting experience from Russell Targ

A True Change of  Heart

Here is another intriguing tale: Claire Sylvia, the parent of a teenaged daughter, lived near Boston and taught high school drama. Claire was also an accomplished dance teacher and performer before a chronic lung disease damaged her heart and left her unable to breathe prop- erly. She felt fortunate to receive a heart/lung transplant at Yale-New Haven  Hospital  in  Connecticut  in  1988, and  she recovered swiftly from the operation. Because hers was the first heart/lung  transplant in New England, the event generated much publicity on television and in the newspapers, and she was visited by many reporters while still in the hospital. On the third day after her surgery, a reporter asked, “Claire, now that  you’ve  had  this miracle, what do you want more than anything else?”

She was more surprised than  anyone to hear herself exclaim that what she most wanted at that  moment  was, “A beer!” In her book, A Change of Heart, she describes her confusion over her response: “I was mortified that I had answered this sincere question with such a flippant response. I was also surprised because I didn’t even like beer. At least, I never had before. But the craving I felt at that moment was specifically for the taste of beer. For some bizarre reason, I was convinced that nothing else in the world could quench my thirst.

“That evening, after the reporters had left, an odd notion occurred to me: maybe the donor of my new organs . . . had been a beer drinker. Was it possible, I wondered, that my new heart had reached me with its own set of tastes and preferences?”17

As Sylvia progressed on the road to recovery, she found that her energy level became almost  frenetic at  times. She felt much  more assertive, even aggressive. Her  lung  capacity, physical exuberance, and libido became more robust than ever before, even after she fully recovered and began dancing again professionally. She began to seek out physically challenging forms of recreation, such as riding fast on a motorcycle, or taking rigorous outdoor  hikes. Her daughter and a friend chided that  her  formerly graceful gait had  become swaggering and “lumbering, like a football player.” Claire had always been a confirmed heterosexual, but now she began to find herself attracted to women whom she “as a woman, didn’t feel were especially attractive,” such as short blond ones, and to have dreams in which she was getting married to a woman.

In short, Claire Sylvia began to feel that she had taken on a new personality—that  of  a  risk-taking,  teenaged  boy—along with  her new heart  and lungs. She believed that  the traits she had inherited were those of a young man named Tim, who visited her in recurring dreams and whom she believed to be her organ donor. Her hunch became an obsession when she found herself craving the taste of green peppers and, of all things, chicken nuggets, which she had formerly considered to be revolting.

A psychic friend helped her to locate her donor’s obituary “in the middle of the page of a Maine newspaper” and that led to her meeting with her donor’s family. They confirmed that her donor had been a restlessly energetic young man who had died in a motorcycle crash with a bag of chicken nuggets under his jacket. He had  loved green peppers and beer, had had a short blond girlfriend, and had possessed many of the same personality characteristics that Claire now felt mingling with her own. Over time, the parents and siblings of her teen-aged donor welcomed Claire Sylvia into their family.

Sylvia’s  experiences led her to organize a support  group for others in her area who had transplanted organs, and she discovered that many of them had similar sensations of inheriting  another  person’s spirit, mannerisms, and preferences along with their donated organs.

To learn more about Russell Targ’s work as the co-founder of a 20 year $25 million research program investigating psychic abilities for the CIA, Army Intelligence and many other agencies at Stanford Research Institute (SRI). get your own copy at http://www.amazon.com/Reality-ESP-Physicists-Psychic-Abilities/dp/0835608840. You can find more information from the virtual book tour for The Reality of ESP at http://bookpromotionservices.com/2013/09/03/reality-esp-tour/

Is there life after death? I agree with author Russell Taag. See www.IfDeathIsNear.com 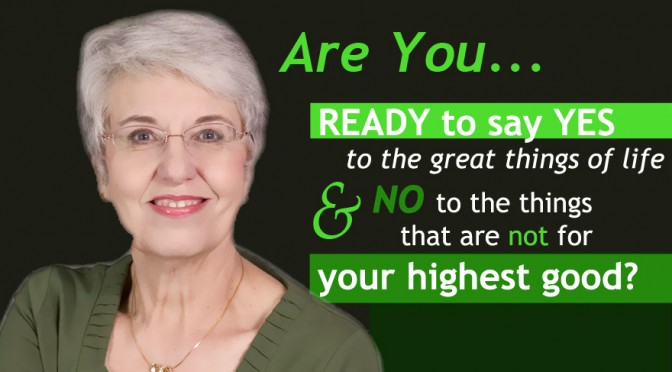